The HSD Versions Cleaner is a software tool for the Mac which allows you to observe and delete old file versions. Old file versions are previous versions of certain documents. For instance, every time changes made to a document are saved by the system's Auto Save feature, a snapshot of the previous document's data is taken and saved somewhere else on disk. With Versions - another macOS feature - it is then possible to replace the current version of a certain document by any previous version that is saved for that document.

Fortunately, the system doesn't keep old file versions forever. However, depending on how often changes made to a document are saved and how many data a document contains (think of documents containing images or large spreadsheet documents, for example) the total count of old file versions may occupy a significant amount of disc space nevertheless.

Both observing and deleting old file versions is done within a single application window: 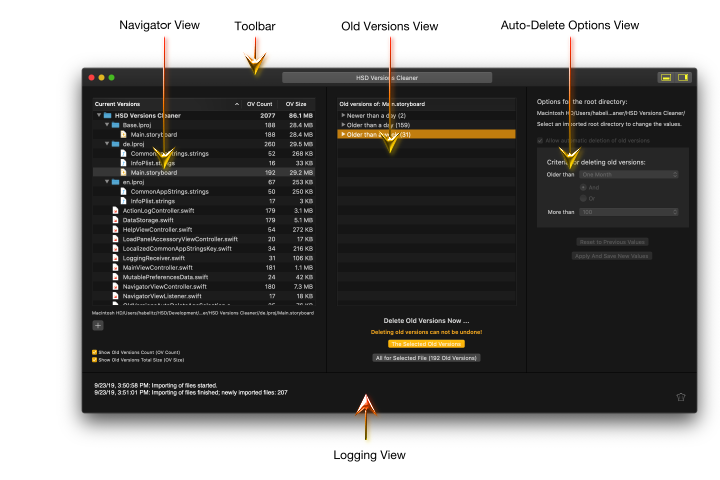 Key Features at a Glance

If you want to learn more about the HSD Versions Cleaner, please consult the online documentation.

please don't hesitate to send us an This email address is being protected from spambots. You need JavaScript enabled to view it..

Mac and macOS are trademarks of Apple Inc., registered in the U.S. and other countries. App Store is a service mark of Apple Inc.